skip to main | skip to sidebar

What the Etsy?!? Beach Pottery 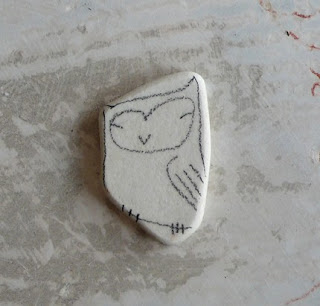 OK, so this is a spur of the moment post. I happened to click on Etsy and this was one of the "Editor's Picks". I'm not going to say much, just that this is a piece of 'Beach Pottery' entitled 'Beach Pottery Owl'. It costs $18 and is done in charcoal.
Posted by Jill at 11:00 PM No comments:

OMG. . .did you hear that Jennifer donated to Haiti today? Can you believe it? Can we say YESTERDAY?!?! Nobody donates to Haiti anymore. Hasn't she heard, all the cool kids are giving to the Civil Rights Museum in honor of Black History Month, or something like that.

Ridiculous? I'd say so. But, I give you exhibit A that this conversation has taken place at some level. A quote from an article published on CNN.com entitled 'Is Haiti just a passing fad? Donations are already slowing'.

"That's really the question: How long people's attention spans will last before moving on to the next thing," said Stacy Palmer, editor of the Chronicle of Philanthropy. "This is the really critical stage."

I think a better question is, "how long can people continue to give to a tragic cause such as the events in Haiti, while not neglecting the causes they have always supported or their own financial responsibilities". Now, I understand that there is an elite population that can give and give and give, as well as rally support for others to give. But as for the general public, I think its more a matter of, "we gave what we could and now we're broke" that's causing the donations to slow down.

I think if it were up to most of us, we'd continue to give to Haiti, Medical Research, Social causes, the fight against hunger, equal rights, and anything else you can think of. Fact of the matter is, however, there comes a time where we have to choose where we think our money will do the most good, as well as which issues weigh so heavily on our hearts that we feel driven to provide for them a voice amongst our community.

I found the article to be a bit of a stretch generally speaking. I remember following 9/11 many non-profit organizations faced dire straights because there was a shift in giving from local charities and organizations to the victims of that horrible day. I remember finding it difficult to take a politically correct stance on that issue. Maybe the article is right in that I don't feel a personal connection (although I do feel a human connection) to the victims in Haiti, and therefore find it easier to resume prioritizing the passion I have for other causes with less hesitation than I did after 9/11. Once again, though, I'm finding it hard to be politically correct.
Posted by Jill at 12:37 AM No comments: 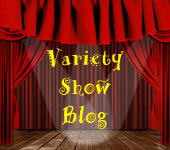 You gotta read this!

Win stuff and other mommy blogs! 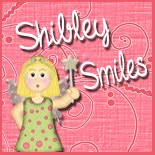